Discover the art of local cuisine

Discover the art of local cuisine 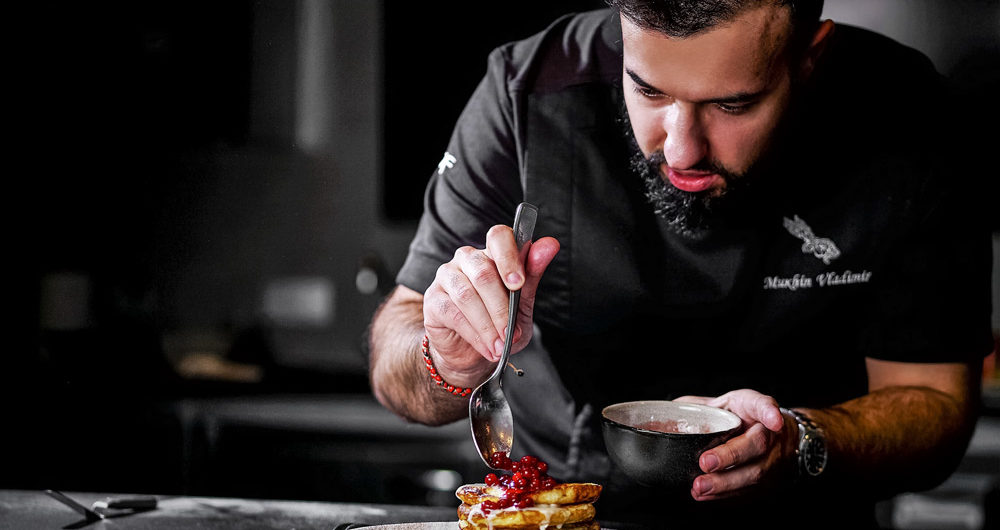 Are you ready to be amazed by the original Russian cuisine? Would you rather enjoy a culinary master-class while interacting with one of world’s best chefs or taste black caviar at an individual degustation? How about an afternoon cocktail on an open terrace in the heart of Moscow?

White Rabbit ranking 13th in “World’s 50 best restaurants-2019” has it all! This is the perfect place for those in love with haute gastronomie and its diversity of colors, tastes and impressions. The cooks’ creative approach will undoubtedly make your eyes shine bright!

Meet the man behind the course, Vladimir Mukhin. Descendant from an entire generation of chefs, being the 5th one in his family, he first took over a restaurant’s kitchen at the age of 21, thus becoming the youngest member of the Craft Guild of Chefs. In 2009 he was the first Russian chef touring in France and setting up the Christmas gala-dinner in a Michelin restaurant. Today, after enhancing his experience in well-recognized restaurants in Spain, France and Japan, taking part in the Winter Olympics opening as chef and being attributed multiple international culinary awards, Vladimir Mukhin welcomes you at the “White Rabbit” not only as head of its kitchen, but also as the winner of “World’s Best Chef Award”-2019. His prize-winning set, “Contrasts”, will certainly tackle all your senses with its palette of textures and emotions!

Let us invite you for an unforgettable gastronomic experience in a restaurant inspired by Lewis Carroll’s famous tale! Prepare to witness the magic of Russian fine dining, savor an original Russian-ingredient-based meal and treat yourself with a fancy dessert from one of the world’s best chefs!